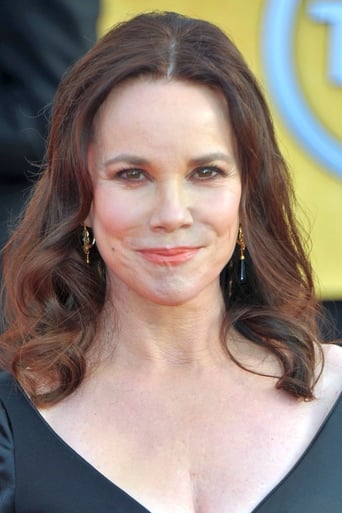 Barbara Hershey (born Barbara Lynn Herzstein; February 5, 1948) is an American actress. In a career spanning more than 50 years, she has played a variety of roles on television and in cinema in several genres, including westerns and comedies. She began acting at age 17 in 1965 but did not achieve much critical acclaim until the latter half of the 1980s. By that time, the Chicago Tribune referred to her as "one of America's finest actresses". Hershey won an Emmy and a Golden Globe for Outstanding Lead Actress in a Miniseries/TV Film for her role in A Killing in a Small Town (1990). She received Golden Globe nominations for Best Supporting Actress for her role as Mary Magdalene in The Last Temptation of Christ (1988) and for her role in The Portrait of a Lady (1996). For the latter film, she was nominated for an Academy Award for Best Supporting Actress and won the Los Angeles Film Critics Award for Best Supporting Actress. She has won two Best Actress awards at the Cannes Film Festival for her roles in Shy People (1987) and A World Apart (1988). She was featured in Woody Allen's Hannah and Her Sisters (1986), for which she was nominated for the British Academy Film Award for Best Supporting Actress and Garry Marshall's melodrama Beaches (1988), and she earned a second British Academy Film Award nomination for Darren Aronofsky's Black Swan (2010). Description above from the Wikipedia article Barbara Hershey, licensed under CC-BY-SA, full list of contributors on Wikipedia.