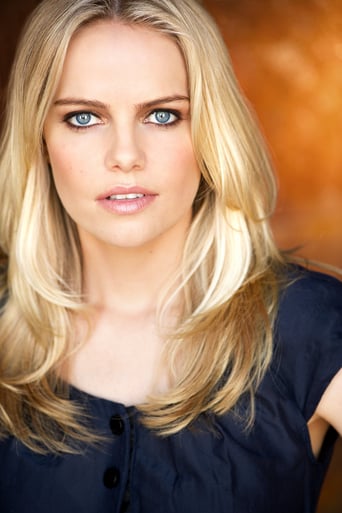 Mircea Monroe is an American actress and model. Monroe was born in St. Louis, Missouri. Her apparently exotic "Mircea", is in fact a typical and common Romanian male surname.  She moved to the South Pacific when she was 2 months old with her family when her father, a United Nations employee, was transferred. She attended high school in Virginia and shortly after graduation, headed out west to Los Angeles. Monroe's first professional acting job was in the New Line film, Cellular. Since then, she has appeared in various films, and pilots for The WB and Fox, starred in the Fox show Drive,  and guest starred on TV shows, including Freddie, Scrubs, and Studio 60 on the Sunset Strip. Monroe appeared in the starring role of the film The 41-Year-Old Virgin Who Knocked Up Sarah Marshall and Felt Superbad About It, playing Sarah Marshall. She also starred as Veronique in the horror film The Black Waters of Echo's Pond. She was on the cover of the September 2004 issue of Maxim. She now has a starring role on the Showtime series, Episodes. Description above from the Wikipedia article Mircea Monroe, licensed under CC-BY-SA, full list of contributors on Wikipedia.