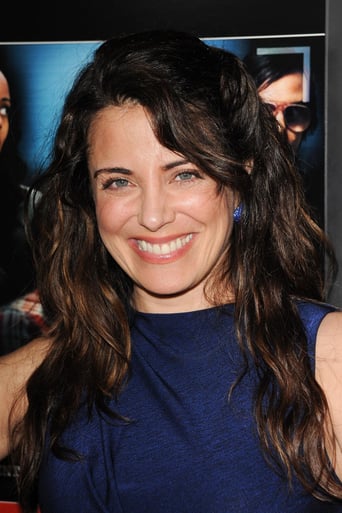 Alanna Ubach (born October 3, 1975) is an American actress and voice actress. She is known for her roles in Legally Blonde as Serena and Meet the Fockers as Isabel Villalobos. She has provided voices for several characters in a number of animated shows, such as Liz Allan in The Spectacular Spider-Man, the title character in El Tigre: The Adventures of Manny Rivera and Lola Boa in Brandy & Mr. Whiskers. She has also written and performed a one-woman show. She played the first female assistant, Josie, in Beakman's World. Ubach was born in Downey, California, the daughter of Sidna and Rodolfo Ubach. Her sister Athena Ubach is a therapist. Her father is of Puerto Rican descent as well as Mexican. Description above from the Wikipedia article Alanna Ubach, licensed under CC-BY-SA, full list of contributors on Wikipedia.