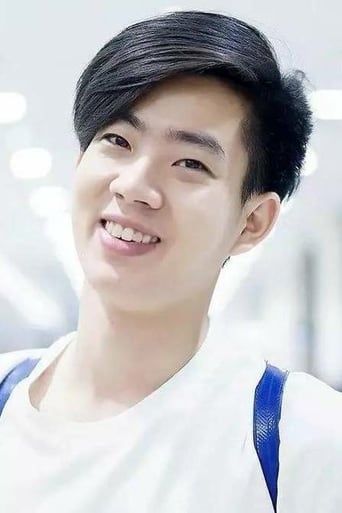 Jumpol Adulkittiporn, nicknamed Off, is an actor, model, singer and MC. He completed his secondary education in Wat Rajabopit School and graduated from the Faculty of Information and Communications Technology at Silpakorn University. In 2013 Jumpol began working in the entertainment industry as one of the hosts of Bang Channel's program "Five Live Fresh" alongside Tawan Vihokratana (Tay), Thitipoom Techaapaikhun (New), Korawit Boonsri (Gun), Chayapol Bunnag (Aun) and Pariyawit Suwittayawat (Kikey). Following the shows end, Off debuted as an actor with a guest role in the series "Hormones" (2013), and got his first lead role in the series "Room Alone: The Series" the following year. Since then, he has continued to work as an artist under GMMTV. Off gained prominence for playing Pick in 'Senior Secret Love: Puppy Honey' (2016) and its respective sequel alongside Atthaphan Phunsawat (Gun). The strong chemistry between the two led them to star in web programs, to release the single 'Too Cute To Handle' and to starring roles in the romantic drama 'Theory of Love' (2019). Together, Off and Gun received numerous Best Couple Awards from award-giving bodies such as Maya Awards (2018, 2019) and LINE TV Awards (2019, 2020). Outside his acting career, Off owns the clothing brand Land of Something and a studio called Never Normal.