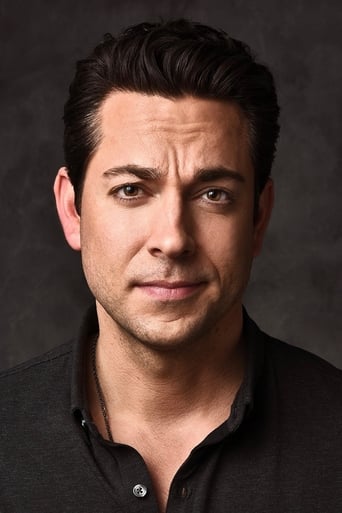 Zachary Levi Pugh (born September 29, 1980) is an American actor, comedian and singer. He received critical acclaim for starring as Chuck Bartowski in the series Chuck, and as the title character in Shazam!, as a part of the DC Extended Universe. He voiced Flynn Rider in the 2010 animated film Tangled, where he performed "I See the Light" with Mandy Moore; the song won a Grammy Award for Best Song Written for Visual Media. He reprised the voice role in the 2012 short film Tangled Ever After and in 2017, Rapunzel's Tangled Adventure, a Disney Channel television series based on the film. He has appeared in the Marvel Cinematic Universe films Thor: The Dark World and Thor: Ragnarok as Fandral. Levi starred as Georg Nowack in the 2016 Broadway revival of She Loves Me opposite Laura Benanti, for which he received a Tony Award nomination. Description above from the Wikipedia article Zachary Levi, licensed under CC-BY-SA, full list of contributors on Wikipedia.