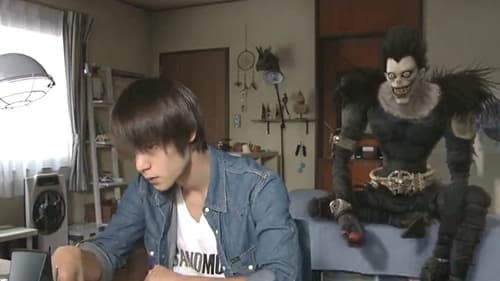 Average college student Light Yagami discovers a black notebook that claims to be able to kill anyone whose name and face is known to its owner. After testing the notebook on a bully and a criminal holding his father Soichiro Yagami hostage, Light is met by the notebook’s original owner - a shinigami named Ryuk. After some persuasion by Ryuk, Light becomes compelled to use the notebook as a means to create a utopia and he eventually becomes known to the public as Kira. However, genius detective L tricks Light into revealing that Kira lives in Japan's Kanto region with a fake television broadcast. L also discovers that Kira is receiving information from the Japanese police, causing him to suspect them and their family members. At the end of the episode, Ryuk reveals to Light that he is being tailed by an FBI agent.