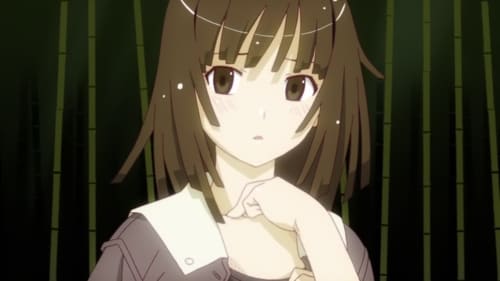 Oshino informs Koyomi that Nadeko is under the effects of a Snake Constrictor, a snake spirit that slowly constricts the life out of its victim. Nadeko explains that it is a curse placed on her after Nadeko inadvertently rejected the confession of a boy the classmate liked. Normally, a curse placed by an amateur would be harmless, but Nadeko accidentally made the curse worse by performing her ritual at the shrine, which has been corrupted by Shinobu's presence. Koyomi obtains a special charm that will banish the Snake Constrictor and they return to the shrine. While the ritual is seemingly successful, Koyomi realizes that Nadeko is under the attack of two Snake Constrictors, the second being placed by the rejected boy. While the first one is banished, Koyomi is forced to battle the second to keep it from killing Nadeko. He and Kanbaru manage to chase it off, but Koyomi feels guilty for not being able to destroy it.