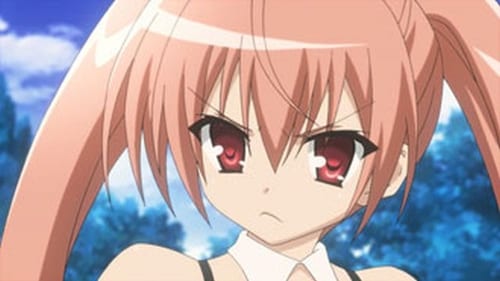 After having practiced and prepared themselves for the infiltration, Riko disguises herself as a working from the employment agency to introduce Aria and Kinji on the job. However her appearance makes Kinji feel sensitive after he had thought she was originally a girl named Kana. With that said, they show up at the mansion only to see their teacher being the one currently in charge of the place. After a week passes by of investigation and prep, they finally put the motion in action where as Kinji successfully retrieves the rosary, however the minute he gives it back to her and receives a kiss, Riko betrays them and reveals that she now has the tool she needed in order to defeat Aria.