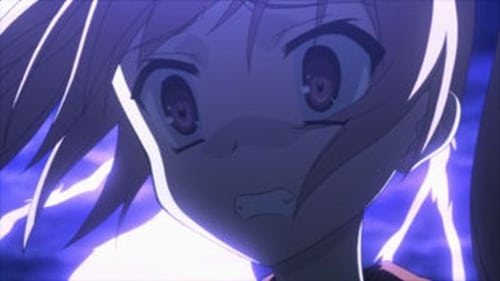 Kinji and Aria give the rosary to Riko who does not keep her promise to testify and instead decides to attack the two of them so as at to defeat them and surpass her ancestors. Sayonaki-sensei then appears behind Riko tasering her until she becomes subdued and then steps on her and causes her pain. Sayonaki-sensei turned out to be the demon, Vlad and attacks both Aria and Kinji. Kinji saves Riko and tries to fight Vlad with Aria. The only way to kill him is to simultaneously shooting his four weak spots, but they fail to find the last one and Kinji is knocked over the edge of the roof they are fighting on. Riko saves him and Aria and helps him re-enter hysteria mode so that he can make a plan to kill Vlad. Kinji then figures out the final weak-spot, his mouth and the three of them kill Vlad. Afterwards, Riko testifies so that they can lower Aria's mother's sentence.