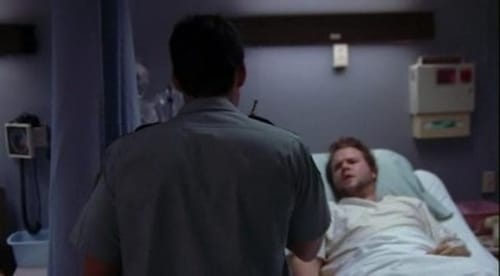 After discovering an Air Force officer named Paxton in a wet suit and barely alive at the ranger station, Russell begins to question what befell the man when he notices his wounds are identical to Dave's. But Russell soon finds out that he's not the only one interested in Paxton when Sheriff Underlay and Larkin both begin to question the man's mysterious circumstances. Meanwhile Mariel finds something unexplainable protruding from Paxton's wounds, Russell's curiosity about the strange skeleton grows, and Underlay continues to push for a town quarantine.