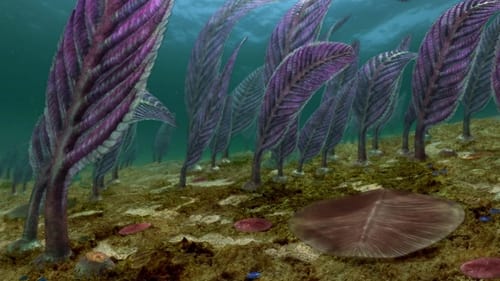 How did life storm the beaches and dominate planet Earth? Ancient Australian fossils offer clues in "Life Explodes." Half a billion years ago, Australia was still part of the super-continent Gondwana. The oceans were teeming with weird and wonderful animals, but the world above the waves remained an almost lifeless wasteland. All that was about to change, though. Host Richard Smith introduces Earth's forgotten pioneers: the scuttling arthropod armies that invaded the shores and the waves of green revolutionaries whose battle for the light pushed plant life across the face of a barren continent. Evolution continued underwater as well, with armor-plated fish experimenting with teeth, jaws, sex, and lungs. NOVA's prehistoric adventure continues with four-legged animals walking onto dry land-and the planet poised for disaster.