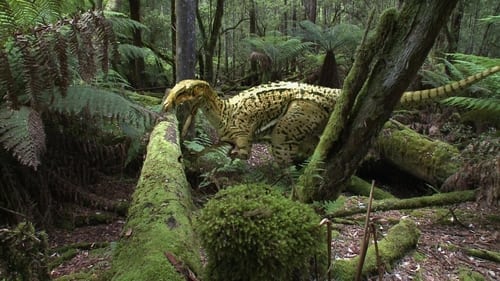 "Monsters" begins Down Under at the dawn of the Age of Dinosaurs. Host Richard Smith comes face-to-face with the previously unknown reptilian rulers of prehistoric Australia. NOVA resurrects the giants that stalked the Great Southern Land and discovers that some of these animals were among the largest ever to have walked the Earth. Others were some of the most dangerous. In the dry desert heart, scientists unearth an ancient inland ocean full of sea monsters. Opal fossils of some of these beasts paint a colorful picture of the exotic seascape, where long-necked plesiosaurs snacked on shelled creatures that grew as large as truck tires. The most fearsome was Kronosaurus, with a skull twice as long as T. Rex. But reptiles didn't have the world all to themselves. Mammals like the enigmatic platypus lived alongside them, ready for their moment in the sun.