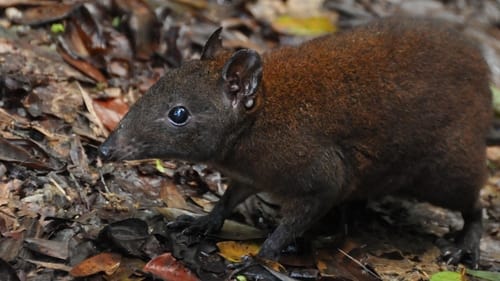 In the wake of the catastrophic asteroid impact believed to have wiped out the dinosaurs, Australia was set adrift on a lonely voyage across southern seas. With host Richard Smith, NOVA travels the walkabout continent to uncover how it became the strange land it is today. In this final episode, "Strange Creatures," NOVA traces the last 65 million years, revealing the events that shaped the Australia we know today. Prehistoric jungles retreated, replaced by eucalypt forests, grasslands, and deserts. When humans first arrived, giant marsupials dominated the land and the Great Barrier Reef was yet to form. This is a tale of calamity and conquest; how a conspiracy of climate, biology, and geology shaped the Earth we now call home.