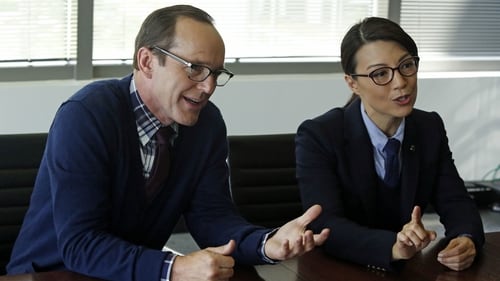 In flashbacks, a teenage Ward is seen in juvenile detention where he first meets Garrett, and accepts his offer to join his organization. Over the years, Garrett trains Ward, and eventually tells him about Hydra. In the present, Coulson and May infiltrate Cybertek (who they realize is connected to Centipede and Hydra) and learn that Garrett was the first Deathlok, his implants are failing, and he needs the Guest House drug to survive. The team travels to Havana, Cuba, finding the recently abandoned Hydra base, and Fitz and Simmons find the captured Bus. The latter are caught by Ward and taken aboard the Bus, which departs. Fitz disables Garrett's implants with an EMP, and the dying Garrett orders Ward to kill them. After the two agents lock themselves in the Bus' infirmary, Ward ejects it into the ocean. Raina injects Garrett with her synthesized Guest House drug.