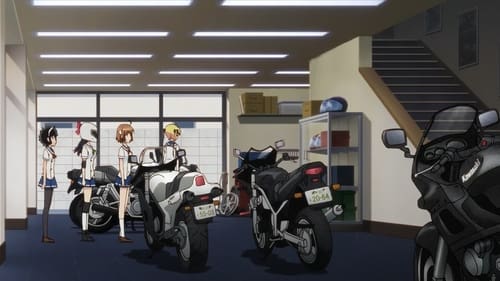 With Hane now having her license, the girls visit the Nicoichi Motors used bike store, which turns out to be Onsa's family business. Despite the poor condition of most of the bikes on sale, Hane decides to buy a pink Honda CB400SF Hyper VTEC Spec III that catches her eye. Later, the girls overhear Rin being cheerful after a microphone is installed in her helmet, encouraging her to join them on the trip. Afterwards, the girls learn that the Bike Club has been defunct for twenty years and look to getting it reapproved, while Raimu and Tazuko, the school's headmistress reminisce about how it came to be defunct in the first place. After Raimu promises to protect the other girls from harm, Tazuko presents Raimu with a new Student ID and has the Bike Club officially reinstated.