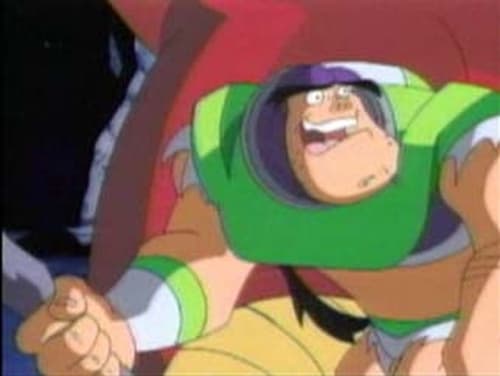 After pilfering samples of Team Lightyear's DNA with mosquito-esque micro-hornets, Zurg clones Team Lightyear; in his rush, he removes them from the maturation tanks before they have a chance to grow up into adults (...as an example of his hurried-ness, he initially planed to instill them with an ""Evil Level"" up in the thousands, but upon realizing that he himself has an ""Evil Level"" of a little over a dozen, he only gives them a level a little under his own...), so Team Lightyear has to deal with evil little kid versions of themselves named Zzub, Feara, and Blister (...after a lot of whining about not having a robot of their own, they get an evil version of XR called ""X-Treme""...). When the eventually realize that due to being clones, the Evil Li'l Team Lightyear has the same character flaws as themselves, Team Lightyear manages to use their ""flaws"" as advantages and win the fight. As a joke tag-line, Zurg attempts the cloning process again at the end of the episode