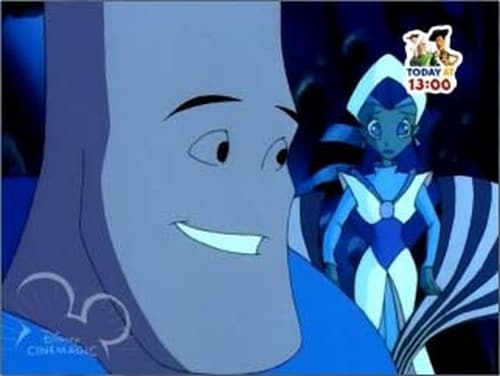 Answering a distress call, Team Lightyear discovers a ship under attack by Vulturans (a vaguely bird-like race, that XR recognizes as a race that tends to have a thing against robots). Team Lightyear fights them off...but in the battle, XR flies into a mad rage (gets a little ""blowie-uppy"") and ends up being seriously disassembled. When the LGMs fix him up, they discover signs of metal fatigue. Their report is sent to Commander Nebula, who accidentally spills coffee on the report, smudging the lettering and making it look like ""mental fatigue"". XR is sent off to the resort world of Mahamba 6 for a weekend pass, before having to take a psychiatric evaluation from Star Command's resident psychiatrist, Dr. Animus (...who resembles a native of Binpinardia...). While on Mahamba 6, XR is picked up by a taxi driver who turns out to be XL (...he sent XR a fake ""you have just won a free vacation!!""-flier to XR to lure him in...). XL kidnaps XR and steals his body.