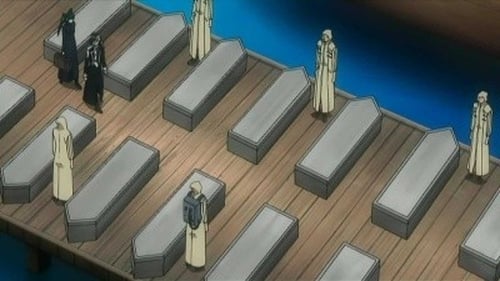 Daisya attempts to fight Tyki, but is no match for the powerful Noah, thus leading to a tragic conclusion. Meanwhile, Allen and Lenalee rush over to Barcelona when they heard that it had been attacked. When they arrive there, they find the bodies of their comrades. Meanwhile, Kanda and Marie finally meet up with General Tiedoll. Tyki gets himself lost, and meets up with Suman Dark and his teammates. The tragedy of the war is escalating, even the Noahs appear sober in comparison to their previous antics. Back in the Black Order, Komui is forced to show a more ruthless side as he forbids the Finders from telling the decreased's families of the deaths. Tiedoll and his exorcists briefly meet Allen and Lenalee, and tells them that Timcampy could be their guide for Cross.