You're cute when you smile! 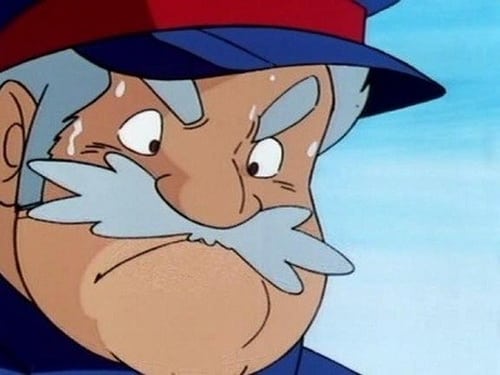 Night and day, Candy dreams of being reunited with Annie and harasses the mailman Matthew daily to check his bag for a letter from Annie. A fortnight, after Annie's departure, her letter finally arrives: Annie is happy at the big mansion, with many servants, kindhearted mother and gentle father; she feels as if living a dream and hopes to invite Candy to her new home after she gets permission. The arrival of Candy's letter in reply prompts Mrs. Brighton to tell Annie that, though people know she was adopted, she does not people to ever find out she lived at Pony's Home. And so, Annie writes her last letter to Candy telling her that she must break all contact with Pony's Home. Distraught, Candy runs off into the hills and forest. A young man dressed in a kilt and blowing bagpipes finds her in the forest. The handsome "prince" plays a song for her and makes her smile. He tells her she is prettier when she smiles than when she cries. When the wind takes Annie's last letter, Candy runs after it, but when she returns the blond prince has vanished. The pendant with a small bell that he dropped by accident is the sole evidence she has that he exists. Back at at Pony's Home, she is as flabbergasted by the car parked there: the hood carries the same sign as the prince's pendant. A representative of the Leagan family from Lakewood has come to inform Miss Pony that the Leagans are interested in adopting Candy as a playmate for their daughter. Lakewood is close to Jasper, where Annie lives, and when Candy learns that the Leagans have a seventeen year old son, she agrees to the adoption.