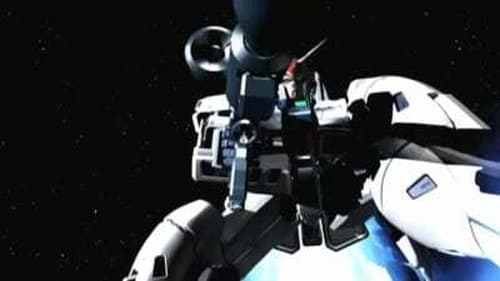 In the Universal Century, several people leaked information about the Gundam Development Project to the Zeon Forces because Jamitov Hymem dislikes it. Afterwards a ruined MS-14A Gelgoog is shown floating in space after a group of Gelgoog Marine Types and MS-06F Zaku II mobile suits attack the La Vie en Rose. To counter them a woman named Defrah Kar pilots the Gundam GP03 Dendrobium Stamen to destroy them. To make this easier she uses the Orchis platform and, thanks to its powerful weapons, is easily able to destroy them, and thanks to her I-field she is even able to defend herself from the attack of a large battleship. However, after the battle and while ejecting the Stamen from the Orchis, a severely damaged Gelgoog is able to shoot at the cockpit of the Stamen, killing Defrah and incidentally destroying the experimental cockpit. Afterwards the people who looked on the Gundam data examine the data of the GP04 Gerbera.