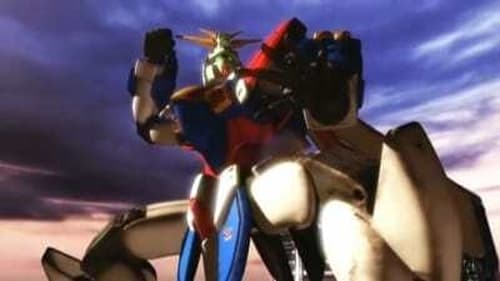 Domon Kasshu is practicing T'ai chi with the God Gundam. Suddenly Rain Mikamura appears in the Rising Gundam and attacks him because he was away for two days. He tells her he was only training but she believes that he was off chasing skirts, and the two fight. Trying to end the battle, Domon attacks with the God Gundam's God Finger, causing Rain to counter with the Rising Gundam's Rising Finger attack. Both attacks clash together with an immense power, but Rain's attack breaks through. When the smoke clears, Rising Gundam is performing Tai Chi while God Gundam looks on, with insults like "Womanizer" and "Lazy Bum" written all over its head.