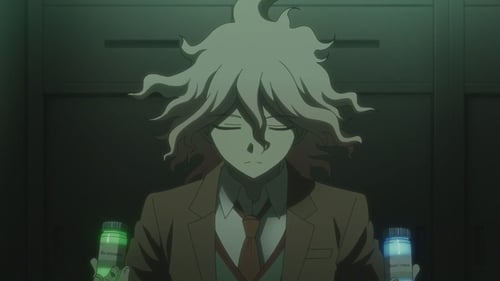 With the class preparing for a practical exam despite the gloominess following Sato's death, lucky student Nagito Komaeda approaches Seiko for a laxative he can use to postpone the exam. At the same time, Ruruka asks Seiko for a performance enhancing drug to use in her pastries for the exam. However, Nagito gets the two drugs mixed up, later accidentally getting his bag switched with Seiko's. As a result, Ruruka ends up using laxative in her sweets while Seiko finds herself with a switch to a bomb Nagito was planning to set off, leading the two to distrust each other. Elsewhere, the drug Nagito picked ends up causing a dog to grow in size and break into the gymnasium, causing the bomb to be accidentally set off. Following the chaos, Seiko, Ruruka, and Sonosuke are all expelled, Nagito is suspended, and Chisa is reassigned to the Reserve Class.