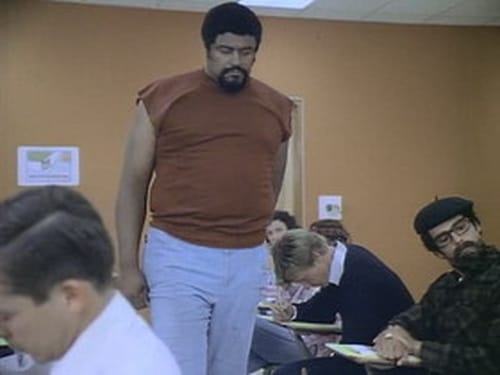 When Jon and Ponch stop a speeding car on the freeway, a very large man emerges from the vehicle. The raging driver proceeds to take his car apart and wouldn't mind doing the same to Ponch who has made the mistake of laughing during the demolition. Later, Ponch himself gets a ticket, and to keep his driving record clean, enrolls in a driving safety course. There he meets people he's given tickets. The Sarge calls Jon to go to a woman whose husband died by an accident on this morning. Jon is nearly crying when the little son takes him for his daddy.