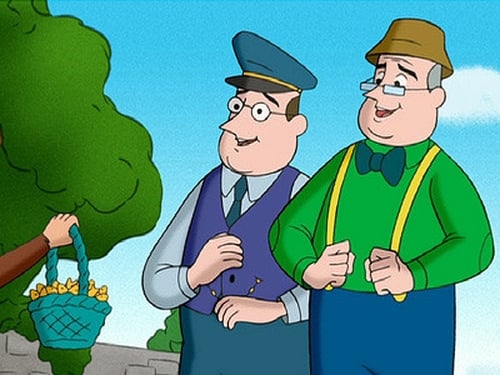 It is Mr Quint's birthday and his wife wants to throw him a surprise party. To keep him out of the house to prepare for the party, she sends him to George's house where George must keep him busy with his favorite snack, fish crackers. Later, though, he learns that there are 5 quints-quintuplets. With Mr. Quint there is also Officer Wint Quint, Clint Quint the station master, Sprint Quint the jogger, and Mint Quint the government money printer. George must evenly divide the fish crackers to feed all 5 of them long enough to not know about the party until it is time.