Bee Is for Bear 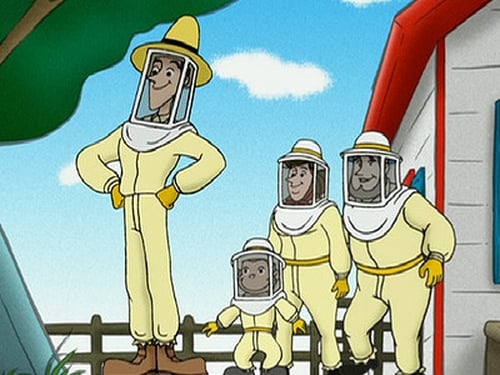 It is a fall country day and the Renkins have just gotten the latest fresh batch of honey from their own bee farm. George loves to eat it on warm toast until he sees a bear that eats his snack! He also runs into a bee that stings him, making him afraid of bees. Later, George and Bill find out that all of the bees are in a beehive in Bill's backyard and he is determined to get rid of it so they don't hurt his bunnies. Then, the Renkins show George how bees make honey. George also tries to tell everyone that he saw a bear but nobody believes him because a bear has not been seen in the area for many years.