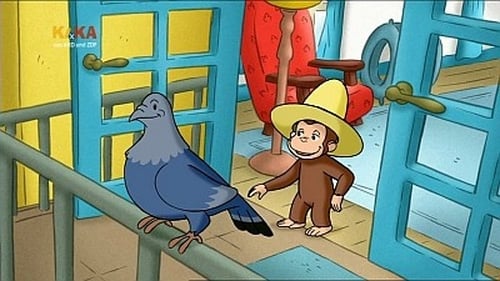 The Man with the Yellow Hat has just gotten his yellow hat back from the cleaners and it is clean, fresh, and perfect! But George's antics wind up nearly blowing the hat away and wind up with a twig caught in the hat. George tries to fix it and winds up pulling a thread loose, making a stain, and then a hole in the hat. He then needs to find a way to fix the hat before The Man comes home so they can go to the new Planetarium. First, George tries to make a new hat but everything he tries doesn't seem to work. Later, he realizes he just needs to fix the hole in the old hat.