The Servant With The Steel Fans 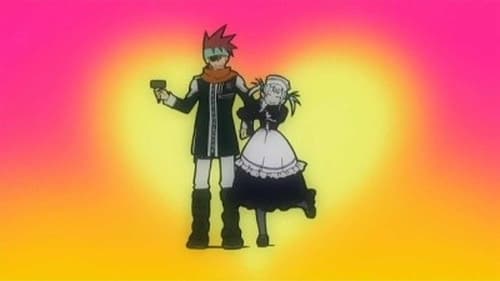 Lavi races against time to try and make it to Bookman's location to cure Lenalee's illness, and in the canyons saves a young maid from an akuma. The maid is actually Mimi, who plots to steal Lavi's Innocence and kill them both. Luck doesn't seem to be on her side, Lavi always managed to directly or indirectly stop her from stealing his weapon. Lenalee's condition is worsening, and she tells Lavi to leave her but he refuses. The situation stirs up memories in Mimi of her own creation, and she becomes more determined to finish the mission and see Lulubell smile. She finally manages to steal Lavi's Innocence and attempts to kill the two exorcists, but Bookman's arrival turns the favour back on the exorcists' side. A defeated Mimi returns to Lulubell, who decides not to dismiss her. That is all it takes for Mimi to smile once more.