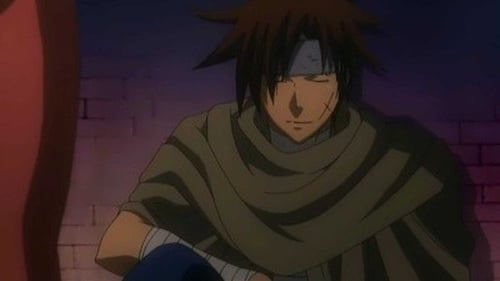 Allen and Krory, having been separated from Lenalee and Lavi, arrive in a town and meet a boy named Selim, who is accused of stealing a stone statue, which is the town symbol. Everyone seem unwilling to believe him, except the mayor's daughter Karya. The villagers threaten to kill Selim, but Allen senses Akuma and destroys them in front of the villagers. Afraid, the villagers chase the exorcists back into the forest, as planned by Lulubell and Mimi. That night, Selim tells Allen and Krory how he witnessed the stone statue moving; suspecting Innocence the exorcists decide to investigate. They spot the stone statue moving into a ruined temple, and they follow it, where they become target of Mimi's Akuma.