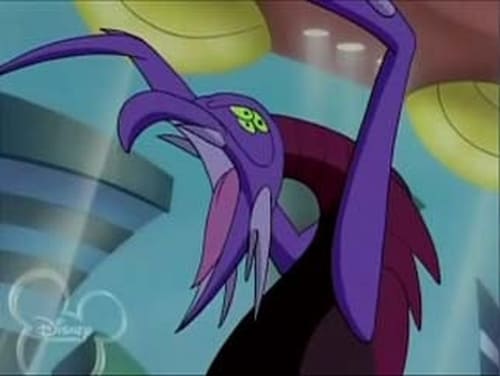 At a trial, Team Lightyear seems unable to present the evidence to make charges stick. Buzz relates a story about him losing hope in the system 20 years ago. He had quit Star Command after one of his first missions (...so, if one graduates Star Command when one is a little under 20 years old, then that'd make Buzz a bit under 40 yrs old...) and his ""bike"" [very Lobo-esque looking] broke down on a distant arcadium gas-farming planet. He helped a widow, Zoey, and her son stand up against the local gas-baron, Vartkes. After the tale, he presents the disrupter rifle evidence to the judge and they win the case.