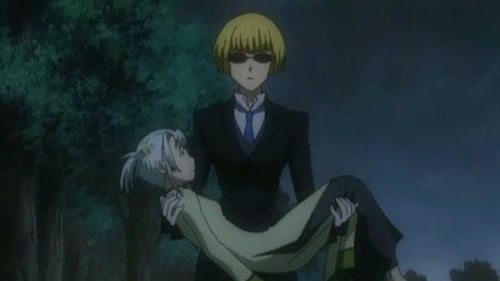 Annoyed that another Innocence has reached its compatible user, the Millennium Earl orders Lulubell to investigate the new Innocence. Sensing that the Noah is frustrated, Mimi offers to do the job for her, and gets to keep a bell of Lulubell's. The scouting akuma are foreshadowed by Mei-Ling's Innocence and this allows the exorcists to defeat them all, so Mimi decides to try stealing the Innocence before attacking any of the others. Things do not go as planned and she ends up in a fight with Lenalee. Mimi decides she won't retreat this time and finally reveals her akuma form: a large dragon with the power of ferocious wind. While challenging, the exorcists' combined efforts effectively defeat her, and the Millennium Earl gives Lulubell new akuma to use instead. Realizing that Lulubell is leaving her, Mimi follows, ignoring her injured state.