He Knows About Me 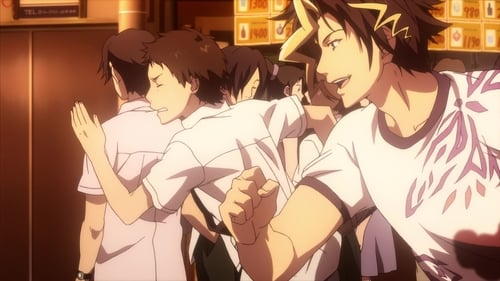 Alice's annoyed at Narumi for trying to wash her stuffed animals. The Fourth walks in to ask Narumi to help him run a concert. Alice shows off a little tsundere at the thought of Narumi being away and busy with the concert. The Fourth later talks to Narumi alone and tells him that the job is more dangerous than he let on. Turns out one of the band's former promoters is the Yanagihara Group, who have ties with the Yakuza. The band didn't want that group to sponsor them, so they turned to the Fourth. However, it's possible that the Yanagihara Group bites back. Narumi starts to promote and help out with the concert. While he's out alone, he runs into a man named Hirasaka, who is being threatened by some thugs. He starts to beat the crap out of them, but Narumi stops him by pouring his drink on Hirasaka's shirt.