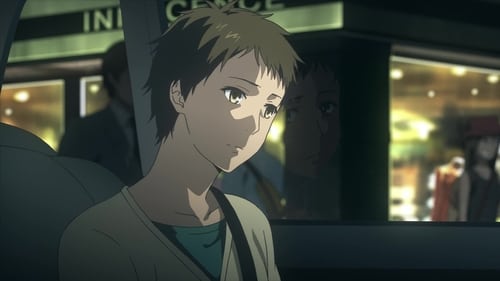 Narumi ran into Renji at the zoo. The two have a nice chat about random things and Renji mentions a friend that he used to have in Tokyo. Narumi gets called to go back to work at the concert again, but Renji tries to stop him for some reason. He returns to see the fire trucks, as the venue has been set on fire. Also, Alice shows up, having worried about Narumi because he didn't pick up his phone and his GPS was by the fire. The Fourth also calls Narumi to ask him about the fire as well as tell him that they have found the one who stole their t-shirts in the last episode. Narumi shows up to see the culprit, and the culprit starts saying random things about angels and mentions Hirasaka. The Fourth then beats the crap out of him, but later tells Narumi that there was another person that had the key to the room with the t-shirts.