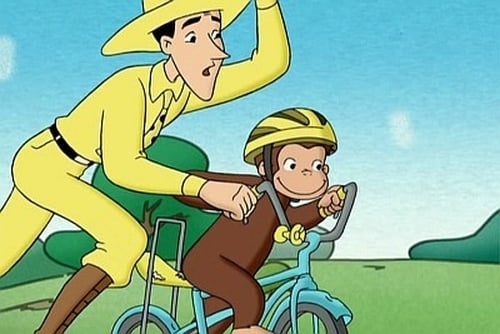 George sees Bill riding his bike and doing his paper route which make him want to do the same. The Man with the Yellow Hat finds his old bike and adjusts it for George before teaching him how to ride. But George forgets to look where he's going and crashes his bike, breaking it. Fortunately, Mrs. Renkins is quite the handyman and fixes his bike. After the Man buys him a George-sized bike, Bill entrusts him with a paper route which goes well, until George sees several ducks in a pond and wants to make paper boats like that time he went to the pond with The Man.