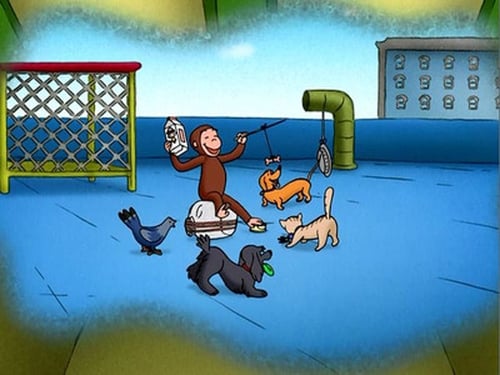 The Man with the Yellow Hat has a hobby playing the tuba in Rescue Squad 86's firehouse band. George becomes excited at the thought of a band, but the Man will not let George play his tuba. George then decides to make his own instruments and that his animal friends will be the ones playing them. The only problem is that his animal friends seem to get distracted too easily and, after causing a loud racket on the roof of the apartment building where they are practicing, someone calls the fire department.