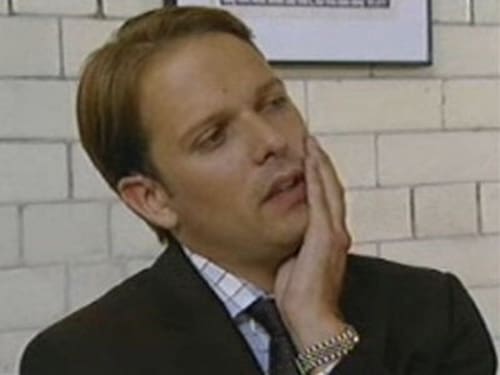 A hugely lucrative golden handcuff deal is jeopardised when one of Charles' most successful clients, the stand-up comedian Alan Boardman, is caught on CCTV camera beating up his girlfriend in the Ikea car park. The strategy Charles proposes to save his career is, even by Prentiss McCabes' shoddy moral standards, as unethical as it is shocking. An apocalyptic end seems inevitable for the sultans of spin. Meanwhile in an attempt to sex up their image, the Tory party have approached Prentiss McCabe to launch a youth-led campaign - should they choose as their anthem I Have A Dream by Westlife, It's OK by Atomic Kitten or Blue's All Rise?