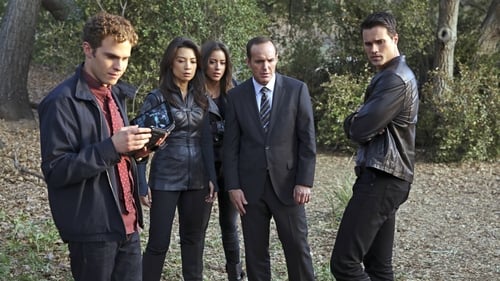 The team investigate a series of deaths involving levitation and electrostatic anomalies. Although the team initially assumed the deaths were caused by some form of weapon, the cause is found to be an alien virus from a Chitauri helmet salvaged from the Battle of New York. When Simmons is infected by the fatal virus, she and Fitz work feverishly on a cure while Coulson ignores a direct order from Agent Blake to sacrifice Simmons and save the rest of the team. With time running out and unaware that their last attempt at a vaccine was successful, Simmons leaps from the plane, though Ward manages to save her by jumping out after her and inoculating her before she dies. May tells Coulson, who feels differently than he did before he died, that anyone would be changed by such an experience. The helmet is delivered to Agent Blake, who warns Coulson of the consequences of disobeying a direct order from headquarters, though Coulson dismisses this, accepting that he is different now.