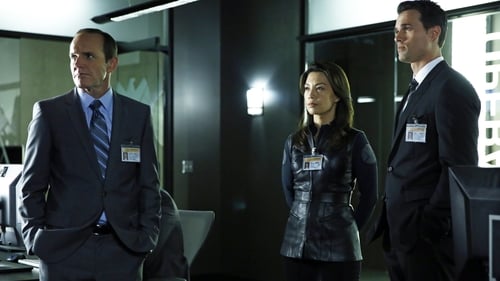 At The Hub, a S.H.I.E.L.D. command facility, Agent Victoria Hand assigns Ward and Fitz to a mission in South Ossetia, where they must disable a weapon called "the Overkill Device", which turns enemy weapons against their users. Skye and Simmons try to find more information about the mission, which has been classified as Level 8, with Simmons tranquilizing Agent Jasper Sitwell when he catches her hacking into Level 8 files. Skye learns that there is no extraction team for them, and informs Coulson, who takes his team to rescue Ward and Fitz, who are successful in their mission. Later at The Hub, Coulson discovers that the person who brought Skye to the orphanage was an unidentified S.H.I.E.L.D. agent. However, Coulson does not tell Skye the entire truth about the file, and asks May to discreetly investigate further. Coulson is later denied access to information about his recuperation in Tahiti, despite his Level 8 clearance.