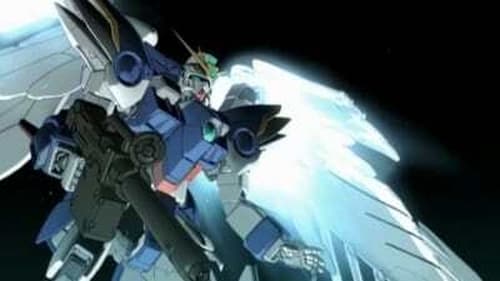 Heero Yuy is in a spacesuit setting bombs. Gundam engineer Doctor J is apparently imprisoned. He talks to a shadowy visitor about history and his young protege as the person in space suit tries to escape the facility he has just sabotaged. The guards catch up to him, but he uses a nearby Virgo II mobile doll to distract them and escape to his machine - Wing Zero. Heero uses the twin buster rifle to break out of the base's hangar, but loses the weapon in the escape and resorts to using a Virgo II beam rifle. He is chased by several Virgo IIs along the length of the facility, which is actually a gigantic colony cannon. After dealing with his pursuit, Heero attacks the cannon directly with his beam rifle as the bombs begin to go off. Doctor J finishes his narration, commenting to his visitor (now revealed as Relena Peacecraft) that he chose Heero's codename personally. As the colony cannon explodes, Heero flies away to his next mission.