Aren’t You a Squiddle Under the Weather? / Ink That a New Ability? / Squidn’t You Bring an Umbrella? 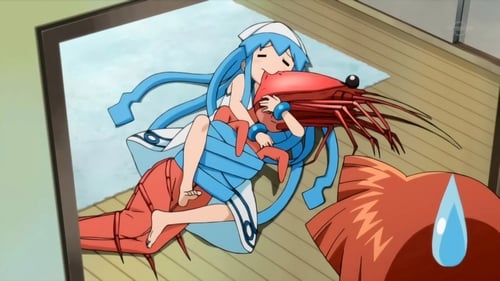 Ika gets a fever, which she believes to be a special Squidgirl disease revolving around a craving for shrimp, so Eiko tries to help her stay off shrimp until she gets better. Later, Ika learns about the fins on her hat and everyone tries to figure out what they are used for. She also gets into a debate with one of Takeru’s friends over sandcastles. Later, Ika becomes fascinated by umbrellas believing them to be ideal weapons.