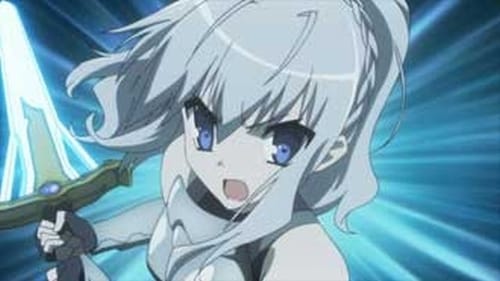 As Aria makes an entrance claiming that she will arrest Durandal, the culprit retreats and chains Hotogi to a post as the room starts filling up with water. Kinji urges Aria to go ahead and pursuit Durandal since she can’t swim, who does so. As the water level rapidly increases, Kinji tries his best to pick the locks and free Hotogi as she asks him to leave her behind so he wouldn’t be killed. When a wave fills up the room, Kinji uses his last resort and kisses Hotogi in order to ‘summon’ his badass side. Aftering freeing her, they get swept off separating the two. Kinji returns to the surface where he finds Hotogi, who however is actually Durandal who had successfully tricked Aria, putting her at risk. The real Hotogi shows up and confronts Durandal where as she demands that she will fight herself and use a forbidden technique.