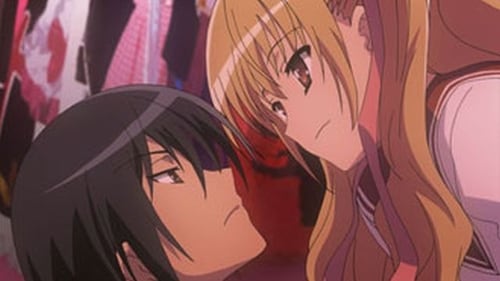 Kinji goes to as he first thinks Aria's room, but after the change in attitude he realizes it's Riko. She then proceeds to attempt moves which will make him enter Hysteria Mode, but Aria interrupts by smashing through the window. They then start to fight which takes the three to the roof, where Aria tells Riko to testify at her mother's trial which, oddly enough, Riko doesn't refuse. Riko explains how Vlad expelled her from I.U. because she didn't defeat Aria, so Kinji and Aria are forced to join Riko's theiving group. Later Aria accuses Kinji of being "hypnotized" because of Riko and Aria's figures, but Kinji won't tell Aria about his brother, Kinichi, who is also in I.U.