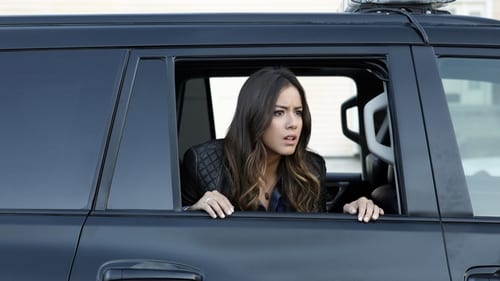 A mysterious force threatens Coulson's team when they bring in a safety inspector named Hannah Hutchins, who is blamed for an explosion that killed four technicians, and who Coulson believes has developed telekinesis from the explosion. After the plane makes an emergency landing, the team discovers that the mysterious force is one of the technicians named Tobias Ford who is trapped between Earth and "Hell" following the explosion. Tobias "targets" Hannah to protect her from those who would try to harm her. It is later revealed that Tobias caused minor safety issues and filed safety reports to spend time with Hannah. One of his issues inadvertently caused the explosion. May manages to defeat Tobias and convinces him to let go, causing Tobias to disappear to an unknown location. Coulson tells more about May's difficult past and how he wants to help her recover. May later pulls a prank on Fitz, revealing that she is healing.