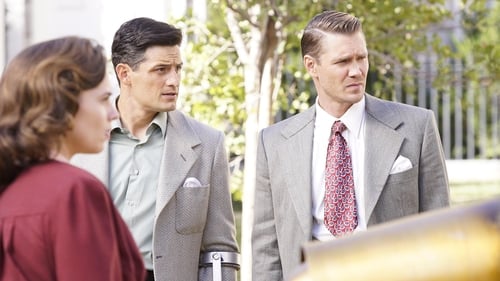 Frost absorbs the Zero Matter released from Wilkes, who is rescued by Carter, as Stark returns and aids in their escape. Thompson finds in Masters' possession a supposedly incriminating file on Carter and a secret Council key. Manfredi becomes concerned with Frost's behavior, and her new obsession with opening another rift, this time with a machine of her own design. He meets with Stark—an old friend of his—and the others, and agrees to distract Frost while Carter and Sousa photograph the blueprints for Frost's machine, which Stark and Wilkes build themselves. They open a new rift, and Frost is drawn to it. They use the gamma cannon to expel the Zero Matter from her, into the other dimension; Frost is left insane from her time controlled by the Zero Matter, and is placed in a mental asylum.