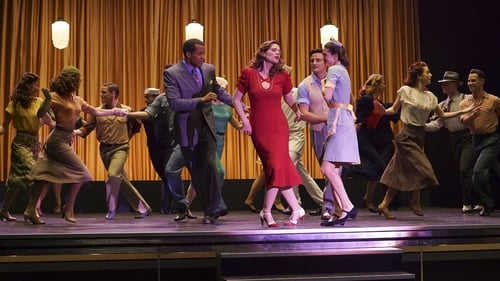 Carter and Jarvis escape capture while Thompson and Sousa return to the SSR. Manfredi sets up a new lab for Frost in an abandoned facility, where she begins trying to take all of Wilkes' Zero Matter for herself. Thompson convinces Masters to use the gamma cannon against Frost, then visits Frost, warning her of Masters' treachery and offering to turn on him in exchange for a seat on the Council. Thompson then turns on Carter and Sousa, delaying them, as he actually intends to remote detonate the cannon to kill Frost, Masters, and Wilkes. Thompson turns Masters over to Frost, but the SSR manage to jam his detonator signal before he can detonate the cannon. Carter tries to get Wilkes out of the building, but he refuses to leave knowing what he has become. Thompson holds the others at gunpoint until his signal is un-jammed, though Carter is still unwilling for Wilkes to die.