The Edge Of Mystery 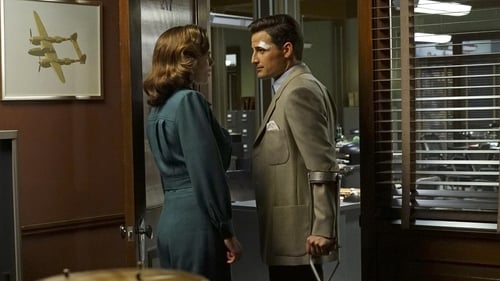 Frost tells Wilkes that if he accepts the power of the Zero Matter within him then he will be able to control it. Carter and Sousa meet with Frost, giving her fake uranium in exchange for Wilkes. Frost soon realizes the ruse, and pursues them. Wilkes, learning to control his abilities and change between corporeal and non-corporeal states, turns on Carter, demanding that Sousa reveal the location of the real uranium. Sousa directs him to a vault at the SSR. Ana survives surgery, but loses the ability to have children. Thompson overhears Frost telling Masters to retrieve the uranium, but is incapacitated by Masters. Carter and Sousa join Thompson, and, along with Jarvis and a new gamma cannon courtesy of Stark, travel to the Isodyne atomic testing area. Wilkes is sucked into a rift created by the now armed atomic bomb, but the cannon closes the rift and returns Wilkes, now full of Zero Matter.