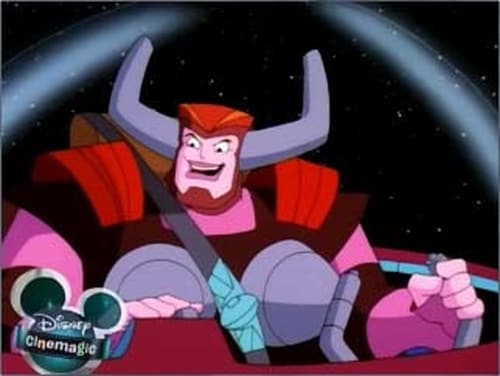 As an auto-piloted freighter is attempting to make a routine transport run, it is attacked by Valkyran raiders (â€¦the primary ones are named Brun, Sig, and Hildaâ€¦). The Valkyrans are an Amazonian race that has been around far longer than the Galactic Alliance. In attempting to battle the Valkyrans, Team Lightyear is stymied by the Valkyran ships' ability to phase out in a dimensional warp, thus rendering the ship unreachable. Planning for more raids by the Valkyrans, the LGMs whip up a system that can detect ships that are phased out via some sort of artificial intelligence kind've thing (Commander Nebula tries to explain it, and the LGMs offer little help in clearing things up; since Nebula obviously doesn't understand it himselfâ€¦). When using the phase detector thingie, Star Cruiser 42 is struck by a fairly massive energy jolt. This causes the experimental detector to unexpectedly grant the operating systems of 42 to become sentient (â€¦and female, to XR's delightâ€¦). XR is the on