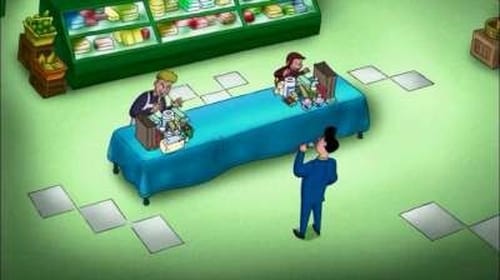 George's room is getting very messy and George needs to clean it. The only problem is that when George crams everything into his closet, it just spills back out. Later on at the local supermarket, he sees the grocer's son practicing for a grocery bagging competition. He explains to George that a lot of stuff can fit into one small bag if it is put in just right, somewhat like putting together a puzzle. However, during another practice run, the grocer's son accidentally hurts his hand with one of the food items. He then enlists George to compete for him in the competition and must train him to bag properly.