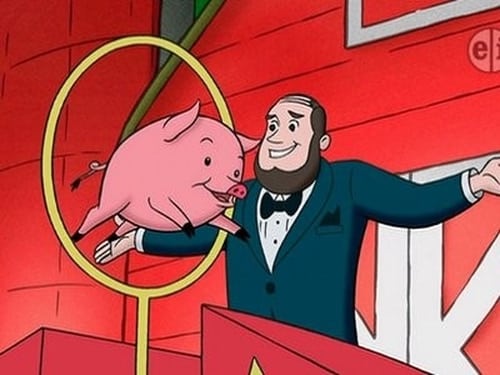 It is time for the annual country talent show. After hearing the Man with the Yellow Hat's frog impressions, Bill decides to sign him up. But the problem is that The Man has stage fright. Bill also shows George the system of ropes and pulleys that control the flat scenery as well as he curtain on stage. He also shows George the trap doors on the stage used to drop props below the stage. When Bill, The Man, and Mr. Quint come face-to-face with two skunks backstage, it is up to George to keep the show going.