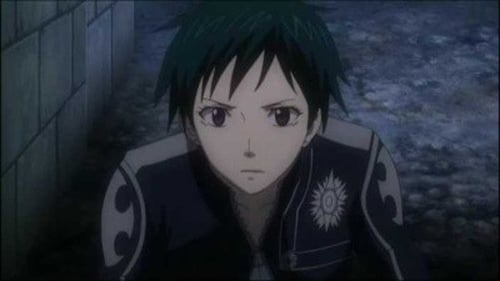 The Earl's black orb of energy completely destroys Edo. The Exorcists are left in various conditions, though General Cross' group is more severely wounded. Lenalee, however, is protected by her Innocence, which once again encases her in a crystal-like form. This form catches the Earl's interest, and he sends Tyki, Skin, and the giant Akuma to obtain her Innocence. Kanda fights Tyki, Lavi and Marie confront Skin, and General Tiedoll confronts the giant Akuma. However, with all the Exorcists doing battle with the Noahs, Lenalee is left unguarded, giving the Earl a chance to obtain her Innocence himself. Just as he is about to kill Lenalee, a white arm stops him. The ark's gate is shown open, leading directly to Lenalee, where Allen and the Earl meet face to face once again.