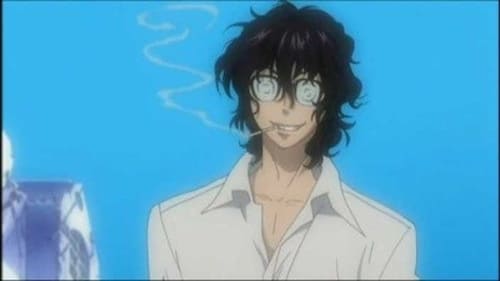 The battle in Edo continues. After greeting the Earl, Allen vows to protect Lenalee. The Earl retaliates and thus begins fighting Allen. During the fight, the Earl reveals some of his hidden abilities by turning Lero into a sword. Eventually, Allen hits the Earl with a Cross Grave attack, but the Earl seems unaffected. The Earl laughs and assures Allen that they will continue their fight another time, and he fires a purple orb of energy, which causes a massive explosion. When the smoke clears, The Earl, Tyki, and Skin are gone, and the Exorcists are in confusion. Inside the Ark, The Earl reveals to Tyki that both Allen and his Innocence are still alive. In Edo, the Exorcists seize their chance to heal and regroup. Despite General Tiedoll's warning of the upcoming dangers, General Cross' group decides to keep moving forward. Lenalee awakens and thanks Allen for trying so hard to save Suman. A pentacle suddenly appears on the ground, and Lenalee is kidnapped by Lero and disappears.